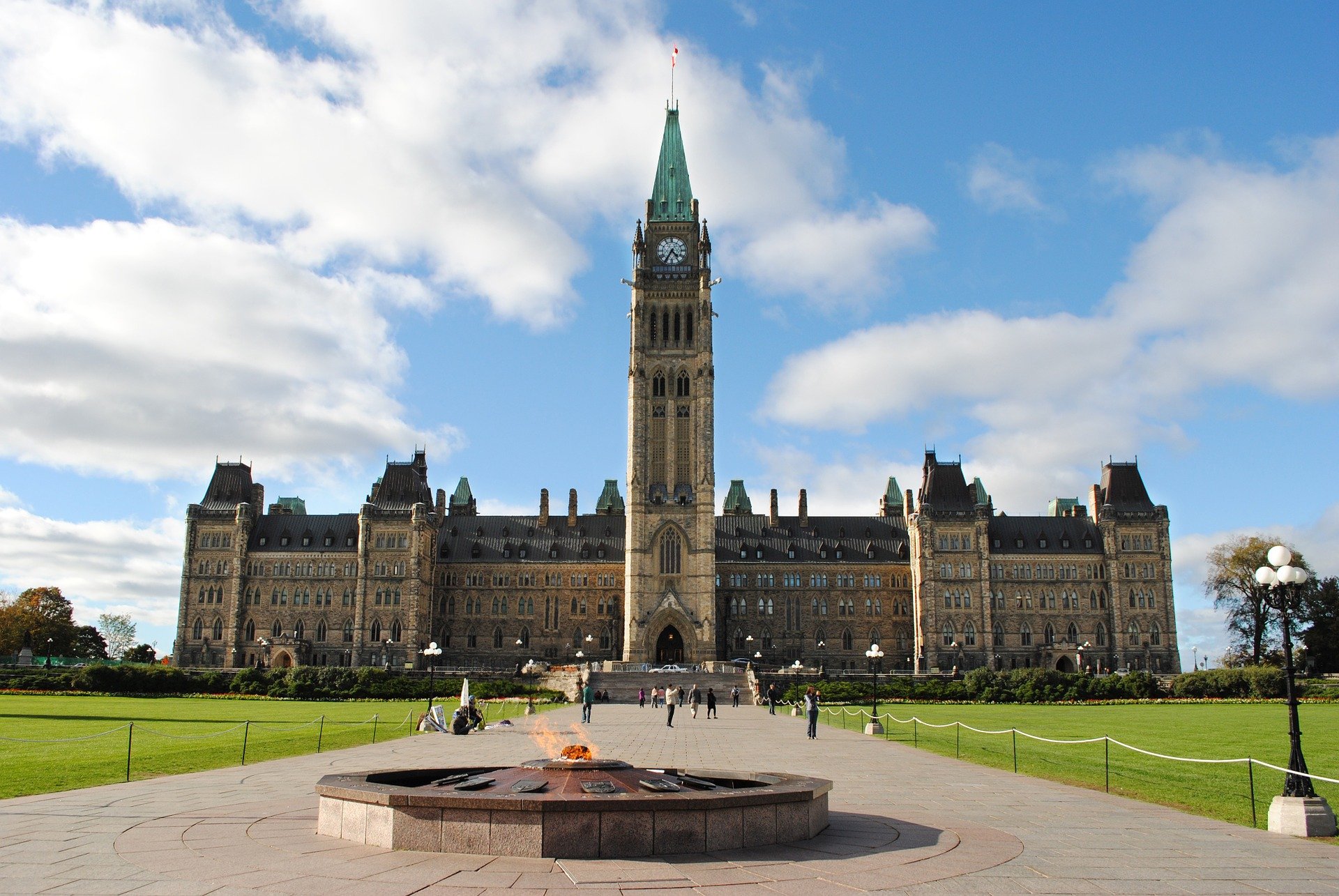 The State of ABS in Canada

Canada lacks a comprehensive federal Access and Benefit-Sharing (ABS) system for governing genetic resources and the associated traditional knowledge of Indigenous peoples, despite years of advocacy. While there is currently an interdepartmental committee on ABS at the federal level that collaborates with provincial and territorial jurisdictions and a lot more diverse initiatives related to ABS, little progress has been made.

Through Lethargy, Canada is Failing Indigenous Peoples and Itself

This lack of progress on the ABS file perpetuates inequitable access to, and use of, genetic resources and Indigenous traditional knowledge. This is detrimental to Indigenous peoples in Canada and has negative ramifications for reconciliation. The federal government has cited a lack of comprehensive intellectual property frameworks relating to traditional knowledge as a barrier to its implementation of the Nagoya Protocol, an international instrument establishing domestic standards and frameworks for ABS policies. The longer Canada delays in reforming its intellectual property system and tackling other often cited barriers, the further it falls behind in the state of progress internationally on ABS.

Why Implementing ABS is Necessary for Canada

ABS policies have been recognized as a key component of sustainable development, a priority for the Canadian government and the international community. Pressing development issues, such as promoting food security, eradicating poverty, supporting the green economy, and other aspects of the Sustainable Development Goals depend in part on equitable ABS policies to ensure innovative and sustainable use of resources.

Equitable ABS policies have a role in promoting reconciliation between Indigenous peoples in Canada and the Canadian government. They also have ramifications for global North-South relations and the quest for justice for marginalized custodians of traditional knowledge across the world. ABS policies ensure that Indigenous peoples are involved through Free, Prior, and Informed Consent and adequately participate in the use of their resources — building trust and accountability with the government. The establishment of equitable ABS policies will enable Canada to prevent predatory behaviours such as biopiracy. In return, improved relationships with Indigenous peoples may increase the efficacy of resource extraction and utilization, as both partners share knowledge and capacity. In reforming a system based historically on exploiting and undermining Indigenous peoples, Canada will support its reconciliation process by holding itself, and corporations, accountable to equitable standards.

Previous excuses regarding Canada’s inability to implement the Nagoya Protocol are no longer sustainable. Justin Trudeau’s federal government’s reconciliation policy and its determination to domesticate the United Nations Declaration on the Rights of Indigenous Peoples creates the right momentum to shift the ABS file in a progressive direction to recover lost ground.

Most importantly, developments in the technological realm, with specific mention of synthetic biology and digital sequencing of information (DSI), as well as the use of big data, now minimize the necessity for physical access to genetic resources. Existing international law on ABS — notably the Convention on Biological Diversity and the Nagoya Protocol — is premised on physical access to genetic resources and, where applicable, to traditional knowledge. In the wake of these emerging technological dynamics, Indigenous communities’ capacitates to engage in traditional logic and narratives of ABS are slipping away. A new phase of confidence and capacity building toward active participation of Indigenous peoples in the new and emerging ABS landscape is urgently required. It is time to start the conversation in Canada, with the active involvement of Indigenous peoples and all stakeholders. There is no scarcity of efforts and resources within and outside the Canadian public service, across Indigenous communities, and affiliated organizations to draw from, including examples of domestic experiences with the implementation of ABS-friendly laws and policies across several jurisdictions.

Dr. Chidi Oguamanam is the Principal Investigator at ABS Canada. He is a Full Professor affiliated with the Centre for Law, Technology, and Society, the Centre for Environmental Law and Global Sustainability, and the Centre for Health Law, Policy and Ethics at the University of Ottawa.

Jessica Hennings is a student in the joint JD/MA program between the University of Ottawa and the Norman Patterson School of International Affairs at Carleton University. She focuses on the interplay of international and domestic legal systems, as well as the role of international governance in human and social development.

Vipal also holds a Bachelor of Science, with a specialization in genetics and biotechnology, from the University of Toronto. She is the co-founder of BioTown, a nonprofit organization in Ottawa that encourages accessible science.

Nicole is passionate about international development issues, especially refugee affairs and international law. Her specific interests are in investigating how refugees leverage their entrepreneurial and innovative characteristics to create community-owned, sustainable solutions to the intersectional issues they face. Leveraging her own experience living as a refugee in Uganda for six years, Nicole conducts research into refugee innovation in African nations, in partnership with ABS Canada.

Jessica Hennings is a student in the joint JD/MA program between the University of Ottawa and the Norman Patterson School of International Affairs at Carleton University. She previously completed a Bachelor of Arts at Queen’s University, where she developed her interest in the intersection between international relations and development studies. During this time, Jessica completed an internship with the municipal government in Arviat, Nunavut, which exposed her to Inuit perspectives on development. Having begun her legal education, she focuses on the interplay of international and domestic legal systems, as well as the role of international governance in human and social development.

Kelsea is in the third year of a joint J.D. / M.A. at the University of Ottawa and Carleton University, focusing on International Law and International Affairs. She is working as a research assistant for projects relating to data sovereignty, international trade, food security and food sovereignty, and Indigenous issues; she was also heavily involved in the preparation of Dr. Oguamanam’s biography of Justice Oke (now published) and in updating Professor Oguamanam’s Contract Law casebook for the 2019-2020 academic year. From September 2019 to April 2020, she served as research coordinator for Professor Oguamanam, organizing his team of RAs and taking a leading role in his largest research projects.

In 2017, Kelsea completed her Bachelor’s degree in English and Political Science at Concordia University of Edmonton with High Distinction. She has worked in strategic policy, focusing on legislative reform and cross-jurisdictional research, and spends her spare time working on educational conferences for post-secondary students such as the National Model United Nations (in New York, Washington D.C., and Alberta) and Carleton University’s Model NATO.

Nailah completed her undergraduate degree at the University of Guelph in Microbiology and French, where she also published her undergraduate thesis analyzing the impacts of probotic technologies in Sub-Saharan Africa. After completing her Masters in French literature, focusing on the impacts of colonization on women in Algeria, she took on a sessional lecturer position at the University of Waterloo; there, along with teaching, she conducted research on Aboriginal literature in Canada. Her passion for science and international development led her to pursue a degree in Law.

Prof. Chidi Oguamanam is the Principal Investigator of The ABS Canada Project. He joined the Faculty of Law (Common Law Section) at the University of Ottawa in July 2011 and is affiliated with the Centre for Law, Technology and Society; the Centre for the Environment and Global Sustainability; and the Centre for Health Law Policy and Ethics. He teaches Contract Law; Intellectual Property and Human Rights; Agricultural Knowledge Systems and the Law; and Biodiversity, Food Security and Suitability. Before his academic career, Oguamanam practised IP and corporate law. He then pursued graduate studies at the University of British Columbia in Vancouver, where he obtained his LLM and PhD degrees in law.

Oguamanam began his academic career as a Fellow of the Canada Institutes of Health Research Program in Health Law and Ethics at Dalhousie University, and later joined the Dalhousie Law Faculty (now the Schulich School of Law) in Halifax. There, he served as the Director of the Law and Technology Institute. Oguamanam is a member of both the Nova Scotia Barristers’ Society and the Nigerian Bar Association, and is affiliated with the law firm Blackfriars LLP in Lagos.

Oguamanam’s diverse and multidisciplinary research interests include global knowledge governance, IP, and technology law – with an emphasis on biodiversity and biotechnology, including agricultural biotechnology. His research explores the intersections of traditional/indigenous knowledge and Western science in the context of the development discourse and knowledge governance. He has published on diverse topics including international IP lawmaking; globalisation; global governance; digitisation; biotechnology in the context of health and agriculture; food security; traditional medicine; global public health crises; health law and ethics; indigenous peoples; and indigenous knowledge.

Oguamanam provides consulting and support services to state and non-state actors, intergovernmental bodies (including United Nations affiliates), and indigenous and local communities (ILCs). In additional to several peer-reviewed articles, he is the author of International Law and Indigenous Knowledge: Intellectual Property, Plant Biodiversity, and Traditional Medicine (University of Toronto Press, 2006), and Intellectual Property in Global Governance: A Development Question (New York: Routledge, 2012) and was an editor of Innovation and Intellectual Property: Collaborative Dynamics in Africa (Cape Town: UCT Press, 2014).